The Speyside Distillery & Bonding Co. was formed in 1955 by whiskymaker George Christie, who bought a stretch of land (the Old Milton Estate) in 1956 that he initially used to build a grain distillery on. In 1962, construction of a Single Malt distillery started, built by hand by Christie himself. Work on the stone building was not finished until 1987, and even then it took until December 1990 before the first distillation commenced. 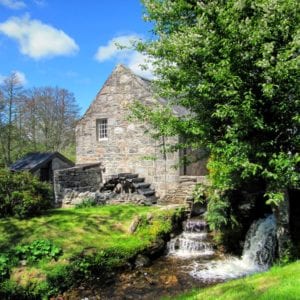 The distillery is located just below the small village of Drumguish in the Speyside region of Scotland, making it the most southern Speyside distillery, and putting it closer to the source of the River Spey than any other distillery in Scotland. There used to be an older distillery on the same land, operating under the name Drumguish, but it closed in 1911.

Water for the distillery is drawn from the old mill lade which used to run the waterwheel that powered the old mill. The water is used for the distillation as well as cooling in the distillery. The mashtun is a semi-lauter GlenSpey mashtun, and was the last one of its kind produced by Newmill engineering before they closed down. 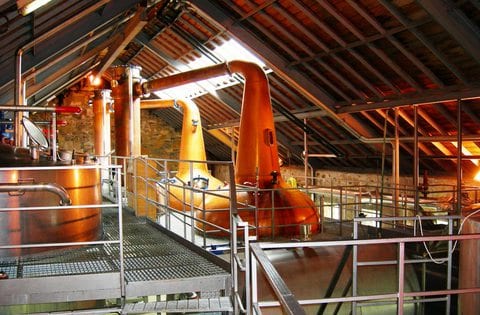 Several different brands are produced at the distillery: